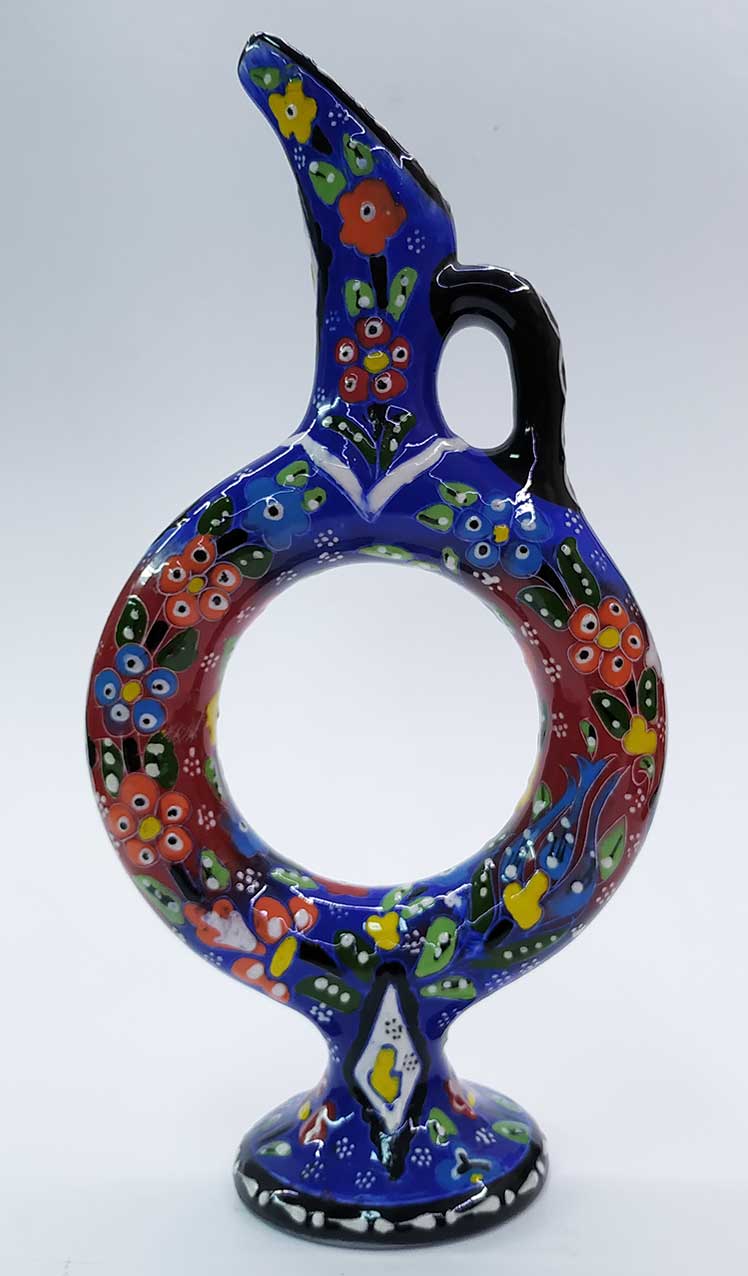 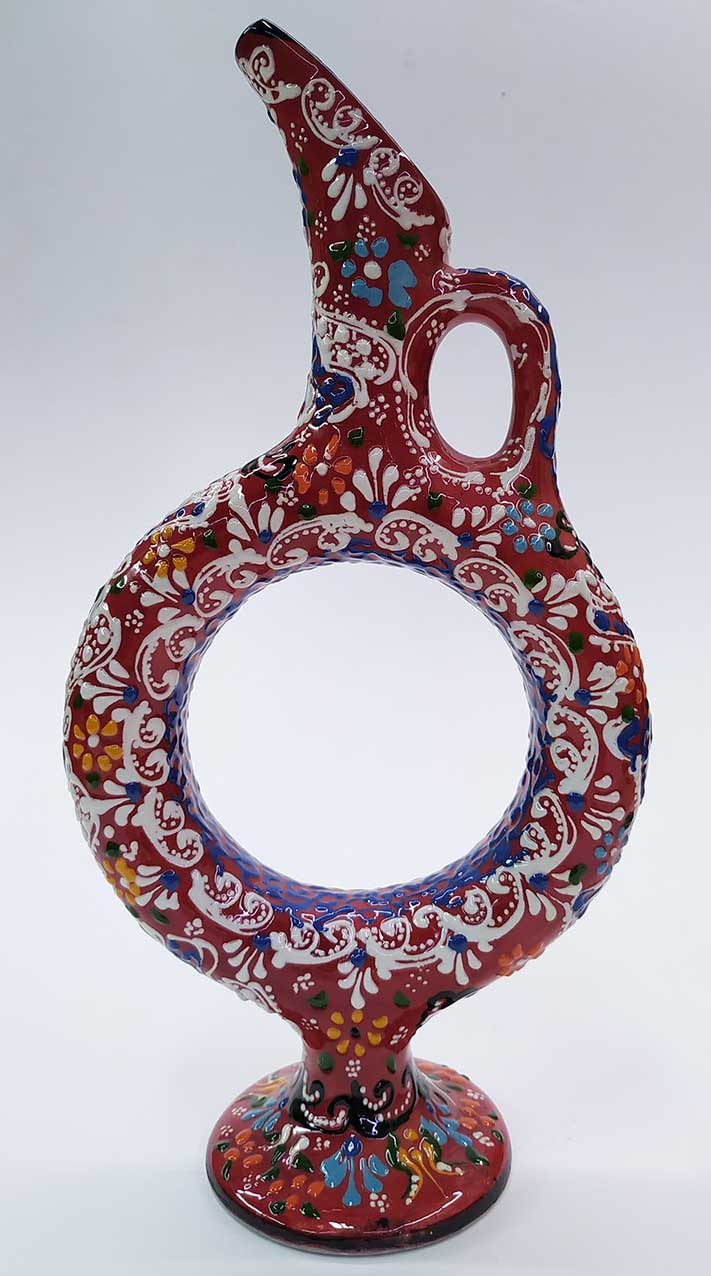 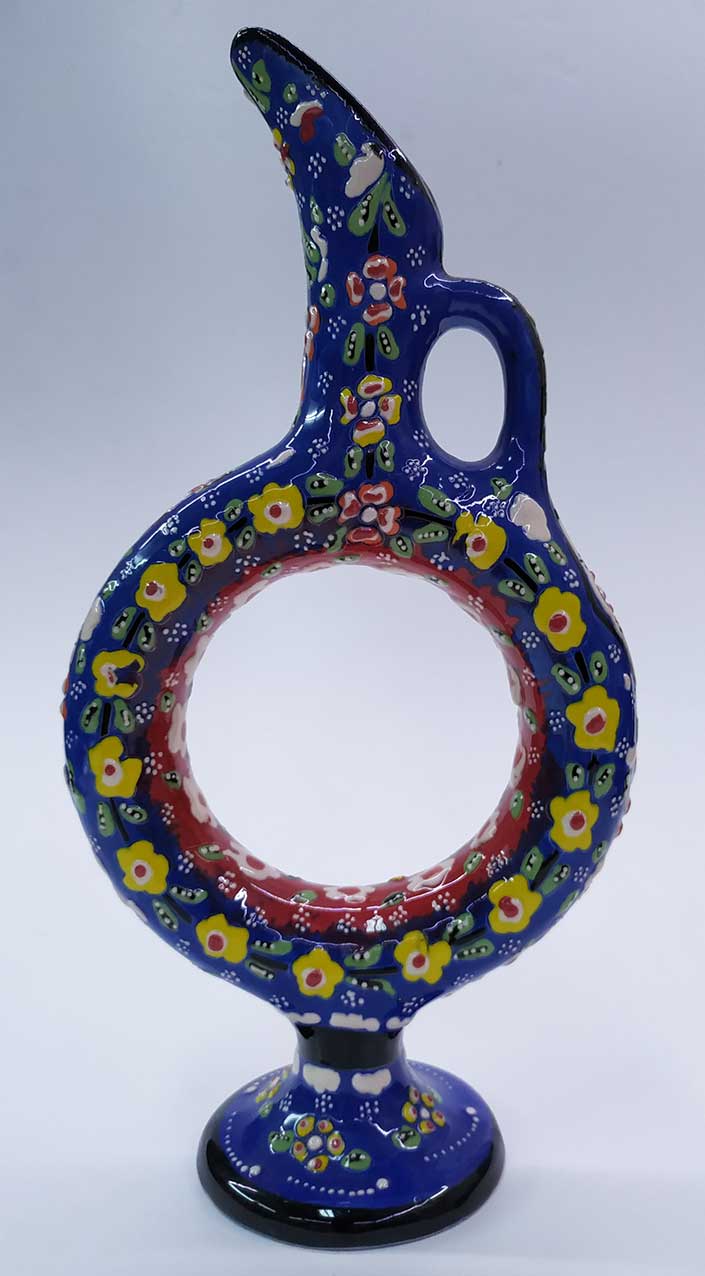 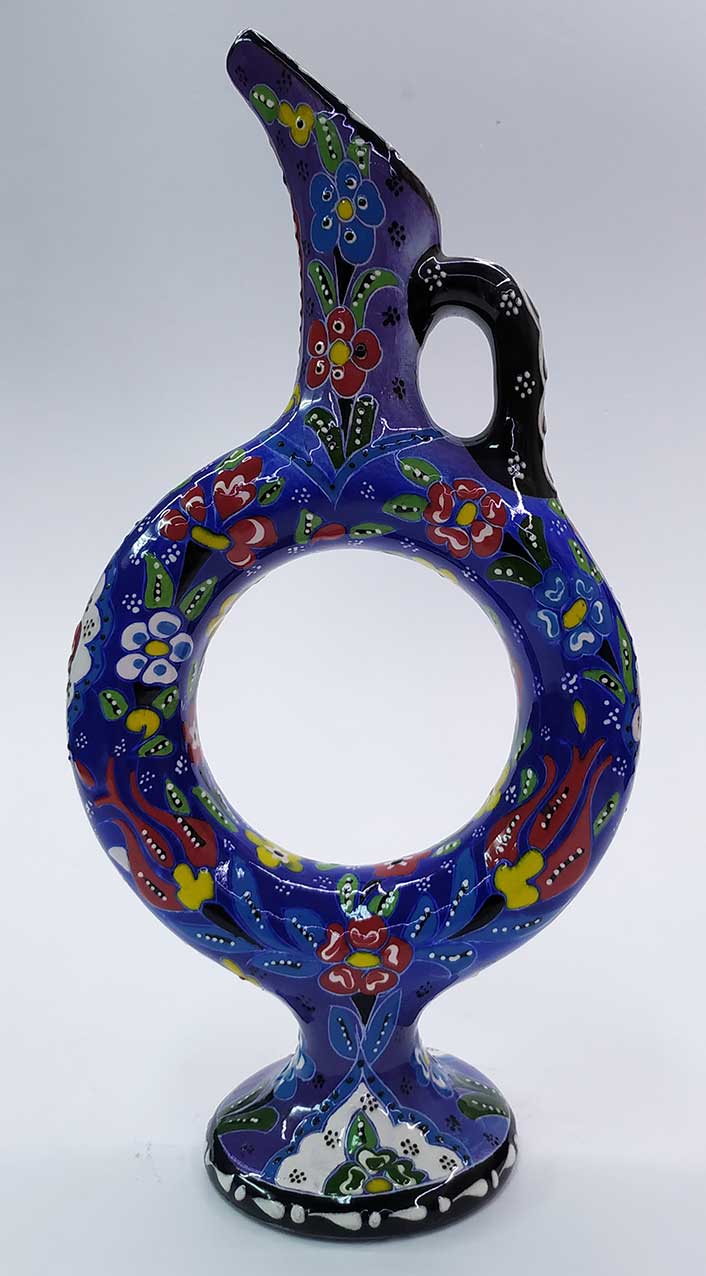 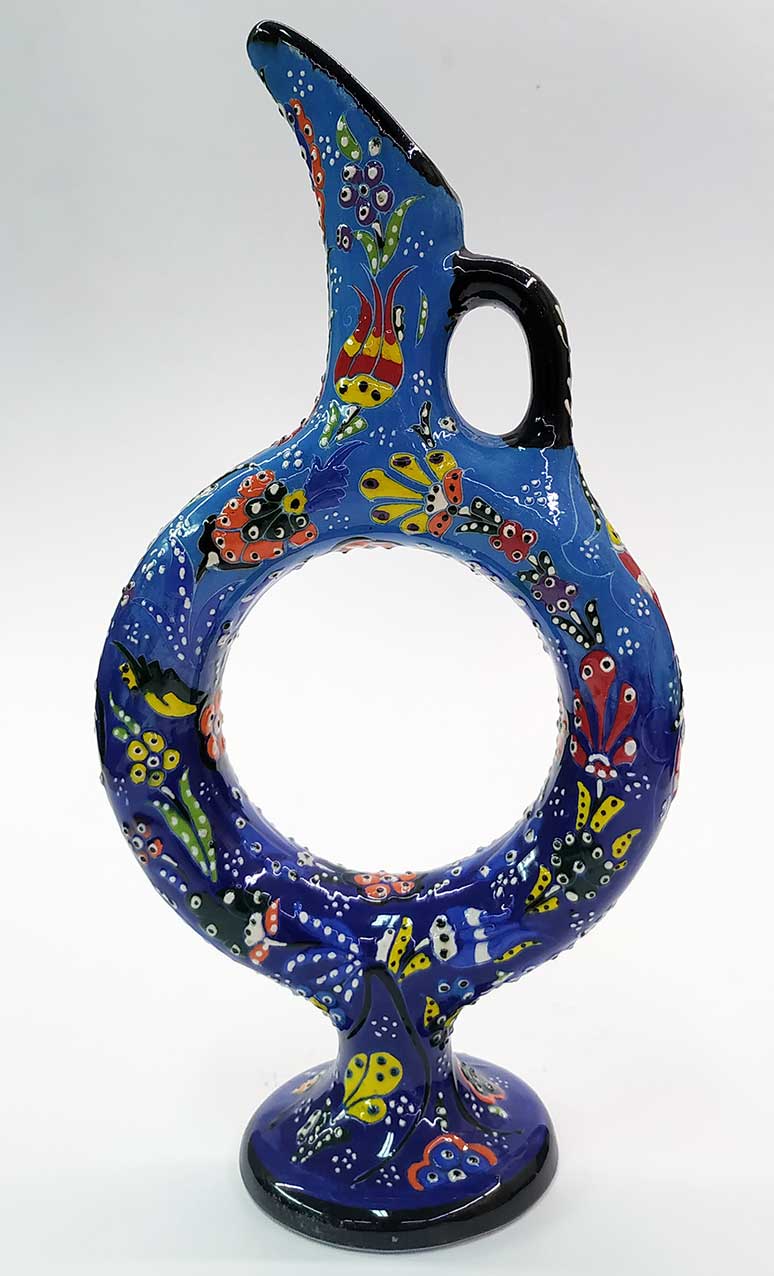 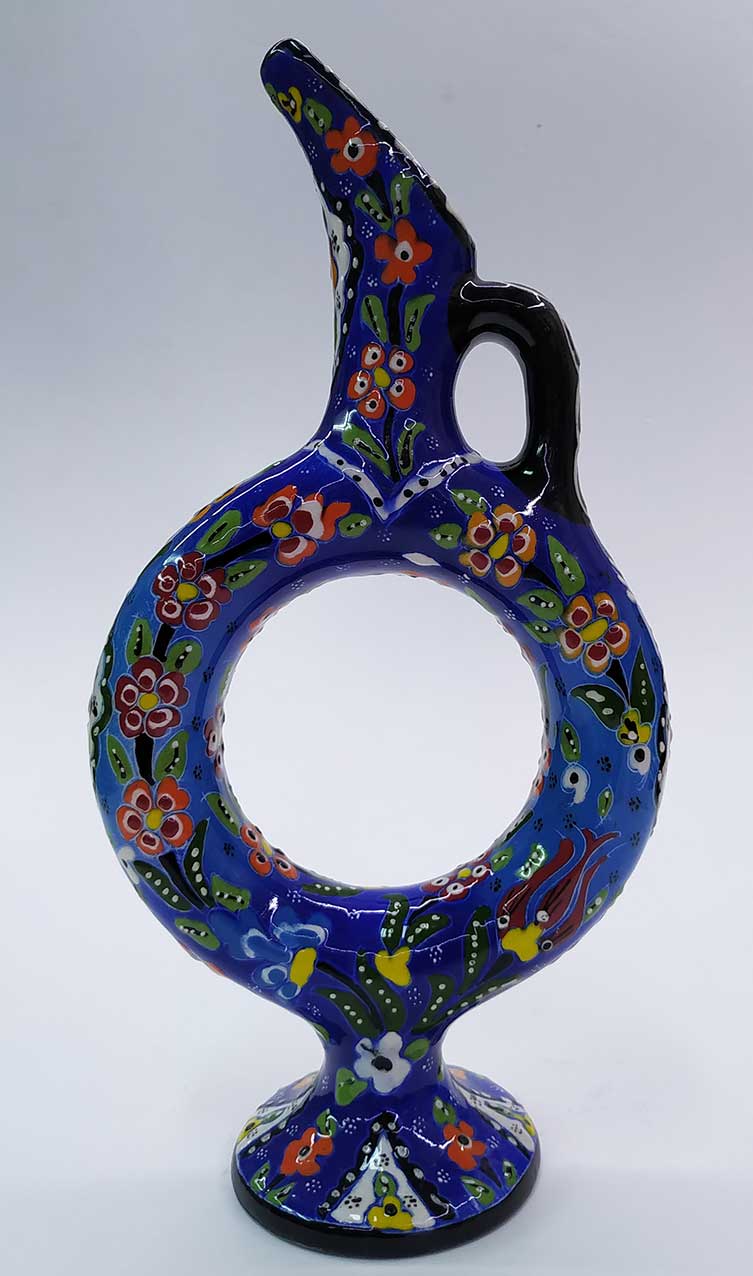 Handmade Ottoman Ceramics Handmade Ottoman vases Corporate Gift Tile Vases, Handmade gifts, ceramic objects with velvet boxes, VIP corporate gifts, video promotion about Turkish ceramic art, enamel gift 30cm classic tear gin vases genie video gift special gin vase. Iznik and Kutahya Tiles & Pottery Traditonal Ottamon and iznik ceramics iznik, ancient Niceai is a lovely walled town on the shores of Lake Iznik, Turkey. Iznik has a special place in the history of Turkish art. öyle The Turkish ceramic of Iznik, an art which began here in Byzantine times and reached its zenith under the Ottoman Turks, is a striking example, and the potteries of Iznik played a central role in the town's destiny. The potteries were turned virtually into imperial tile works manufacturing vast quantities of wall tiles for the Ottoman palaces, mosques and other monumental buildings which embellished the four corners of the empire. In addition to tiles, the town's potteries continued to produce Turkish ceramic for sale to the public as well as the palace. The result found favour not only within the Ottoman Empire but beyond, and some of the Iznik ware which has survived in Europe provides evidence that the Iznik potteries received orders from various European countries, such as articles bearing royal arms.Iznik Tiles are made on a very clean white base with hard backs and under-glaze decorations in a unique technique. Old Iznik tiles reached their heyday in the 16th century, and the masterpieces produced at that time are regarded as the most valuable specimens in the art of ceramics by the leading museums of the world. Currently, Iznik Tiles are used as an architectural element in old and modern buildings by the discriminating decorators, architects and art lovers. Iznik Tiles today are the continuum of the Iznik tradition and heritage after three centuries. Today Researchers are continually discovering more about these beautiful type of ceramics, whose designs are enjoying a new wave of popularity. En güzel çini vazo resimleri. 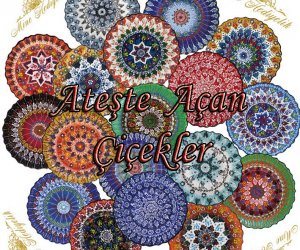 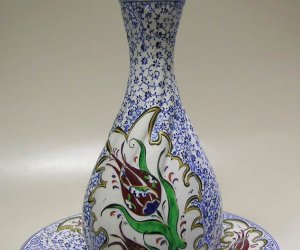